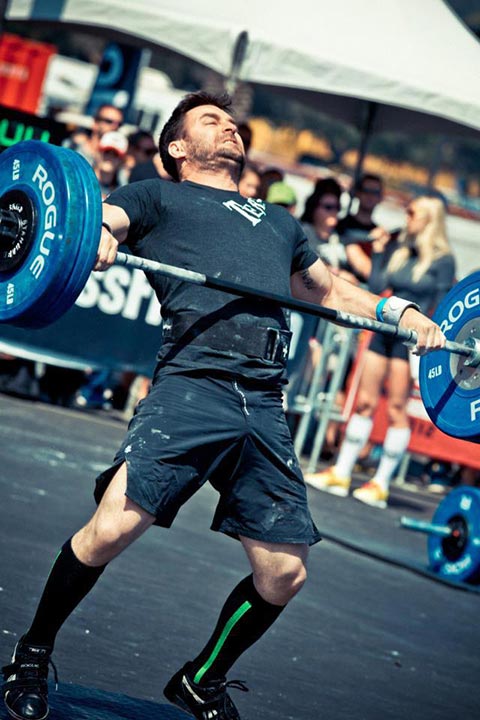 Dusty is the co-owner and head gymnastics coach of DogTown CrossFit in Culver City, California. By the age of seven, he had started an active athletic regimen that has continued throughout his life. At thirteen, Dusty gave up a host of other sports to focus on Artistic Gymnastics. He was a very successful gymnast, and after his father’s job promotion and relocation to Northern California, he began to train at Stanford University under two-time world champion Tong Fei.

By sixteen, Dusty competed at the Junior Olympic National Championships and trained with the U.S. Olympic Team. In college, he competed in NCAA Division I men’s gymnastics and scored a NCAA record perfect 10 on the still rings. After one more year of competition, he retired due to injury. He then traveled the world starring in a Cirque du Soleil-type live show before settling in Los Angeles and doing some stunt work in films.

Dusty trains anyone and everyone, from your everyday Joe to elite CrossFitters, athletes, and teams. In the last few years he has worked with Lindsey Valenzuela, Kenneth Leverich, Noah Ohlsen, Ruth Anderson Horrell, Tommy Hackenbruck and the UTE CrossFit Team. This past season Dusty was as hired as the Head Coach of the Los Angeles Reign, a Professional Sports Team that plays GRID in the NPGL on NBC.

His focus remains safety, health, and longevity in fitness. Dusty continues to travel and present the CrossFit Gymnastics Trainer Course and has co-written “Breaking Parallel” with CrossFit Gymnastics Subject Matter Expert Jeff Tucker, due out in the Spring.